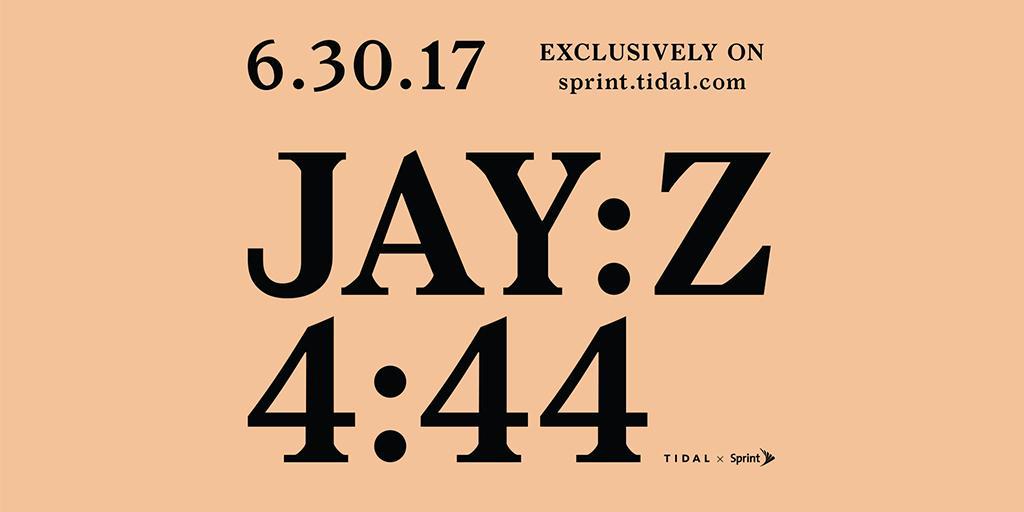 4:44 is the long-anticipated thirteenth album from JAY-Z. It arrived after a four-year hiatus, and just 15 days after his historic induction into the Songwriters Hall of Fame on June 15, 2017. “ obama induct him”

The entire album is produced by No I.D.

4:44 is available exclusively on TIDAL in a joint-promotion with Sprint; the telecommunications company’s CEO Marcelo Claure announced that every customer is set to receive a six-month trial of TIDAL for free. The partnership is set to support the 1Million Project, which aims to connect low-income high school students to the internet.

The album’s promotion started off with mysterious “4:44” subway posters all over Los Angeles and New York and even in tokyo On June 7, 2017, a trailer was released, and 4:44 seemed to be an upcoming Tidal-exclusive film starring Mahershala Ali, Lupita Nyong’o and Danny Glover. About two weeks later, on Father’s day, a similar but shorter trailer was released. However, this new trailer also featured lyrics from a prospective song titled “Adnis.” The trailer confirmed the speculation that the film would be related to JAY-Z’s album on its release date of June 30.

Check out the list below. This is how Jay-z describes every song on the album. Also, Let us know what you think!

Whats do you think about this fashion trend? tell us in the poll if its a no or go for you or if you would wear them.

The controversy currently embroiling the NFL over players kneeling dur...

Hyperrealist Sculpter who sculpts some of the realistic looking figures you’ll ever see. On ig he show the process sometimes by short videos and before and after pictures of his work. The work is so realistic that its a bit creepy yet beautiful.