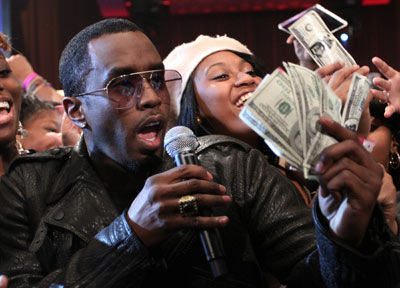 The controversy currently embroiling the NFL over players kneeling during the National Anthem has been accused of having racial undertones, and with good reason; Trump has used the movement to fire up his far-right base.

While it’s been made clear time after time that players who kneel during the anthem are protesting unjust treatment of blacks by the police and court system, the president has pushed the false narrative that NFL players who participate are spitting in the face of veterans, the flag, and the United States as a whole.

One person clearly fed up with the controversy is Diddy, who revealed in a series of Twitter posts on Tuesday that he’s interested in simply buying up the entire NFL to quell the drama. He went by first posting a number of tweets stating the situation.

After that he went on to instagram and shared a couple of post from other people and vlogs that spoke on situations such as Espn suspending their anchor & analyst Jemele Hill for violating the company’s social media guidelines.

He then reposted a topic from popular gossip and news page, Baller alert and chimed in more on what he wanted to do.

According the business insider the average NFL franchise is now valued at$2.3 billion so Overall, that means the 32 NFL franchises have a combined value of $74.8 billion. P Diddy Is No. 1 On The 2017 Celebrity 100 List on forbes with an estimated net worth of $820 million which makes him fall short of even owning a team; But you never want to count out someone as passionate and dedicated as diddy. Dreams do come true, But maybe in the future. Lets see how this all plays out.

Debut album from popular known gangster rapper 21 savage from atlanta georgia.  He is best known for his mixtapes, The Slaughter Tape and Slaughter King and his extended plays Free Guwop and Savage Mode with Metro Boomin.

GOT CREAM? Ghostface Killah has announced the launch of his own...